After the development of the basic functions of the BODYSOUND system software, the first test sessions with FightTheStroke children and families began.

The goal of this activity was to test:

In order to obtain this series of feedback, we have chosen to let the children approach the game without preliminary explanations and without specific movement exercises in order to observe what the reactions to the instrument and the free play interactions could be.

For these two sessions (one individual and one group) we programmed two very different sound experiences:

The sessions were attended by three FightTheStroke children and their families.

After collecting feedback from children and families, we decided to move from a two-dimensional avatar display to a three-dimensional one to facilitate spatial perception even in very young children.

We verified that the melodies made ad hoc could be less dispersive and more effective especially if associated with individual movements. 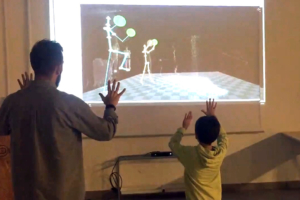 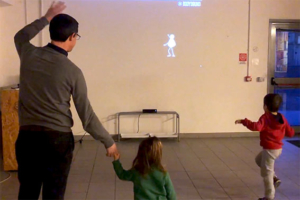 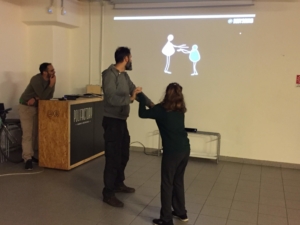