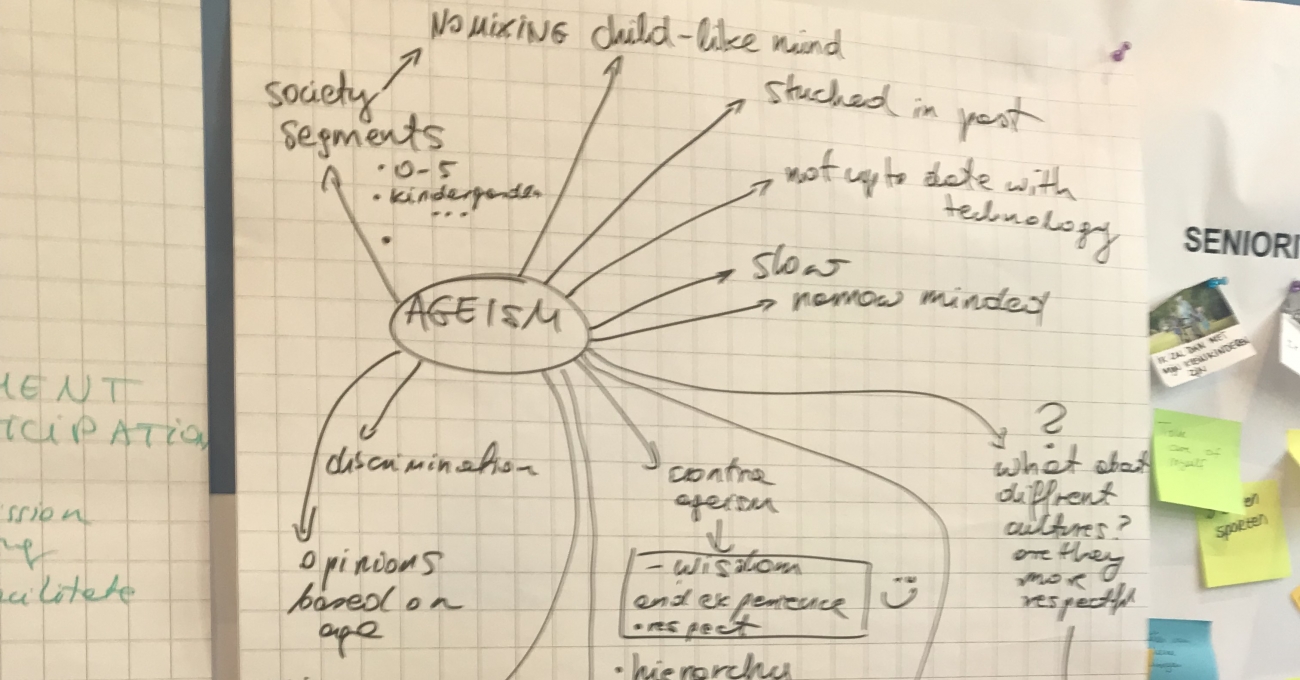 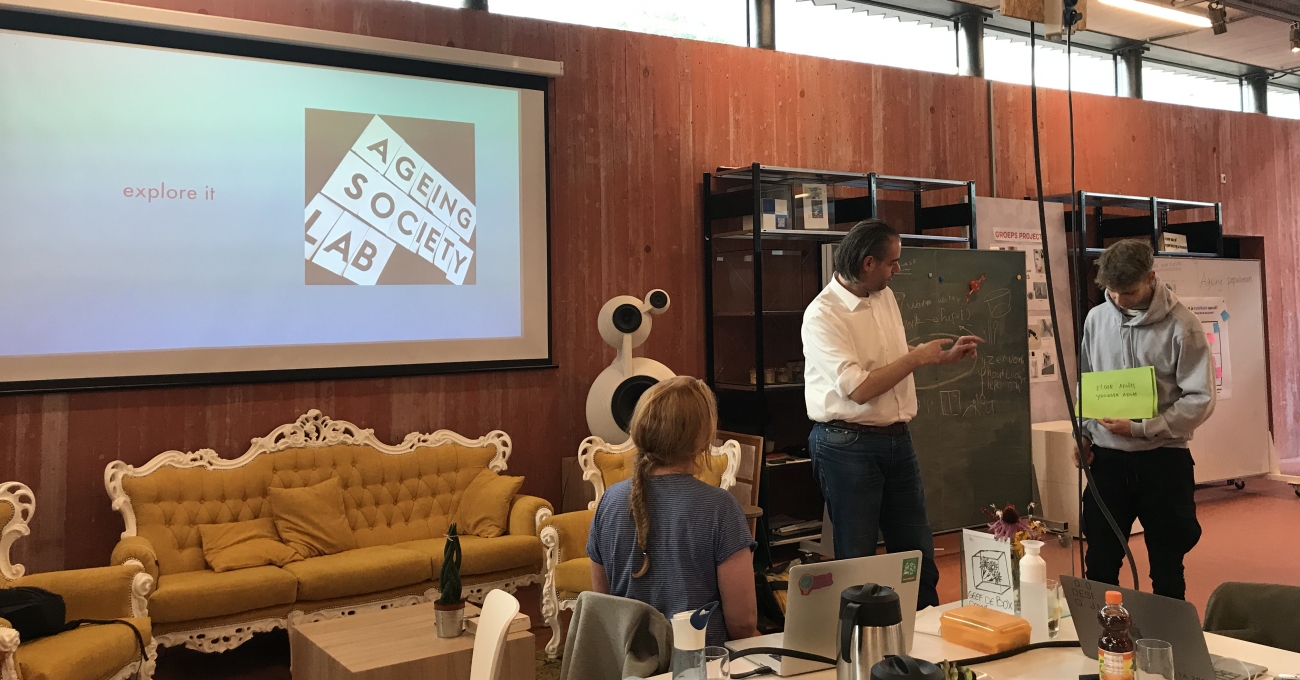 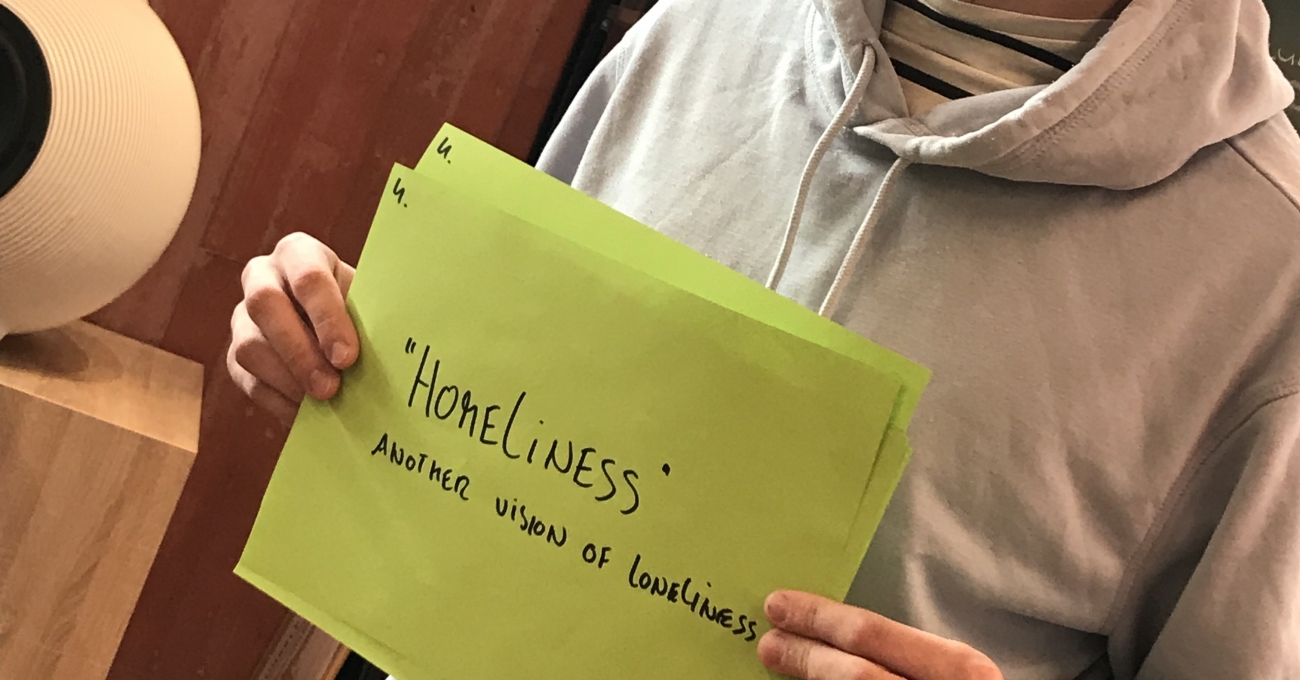 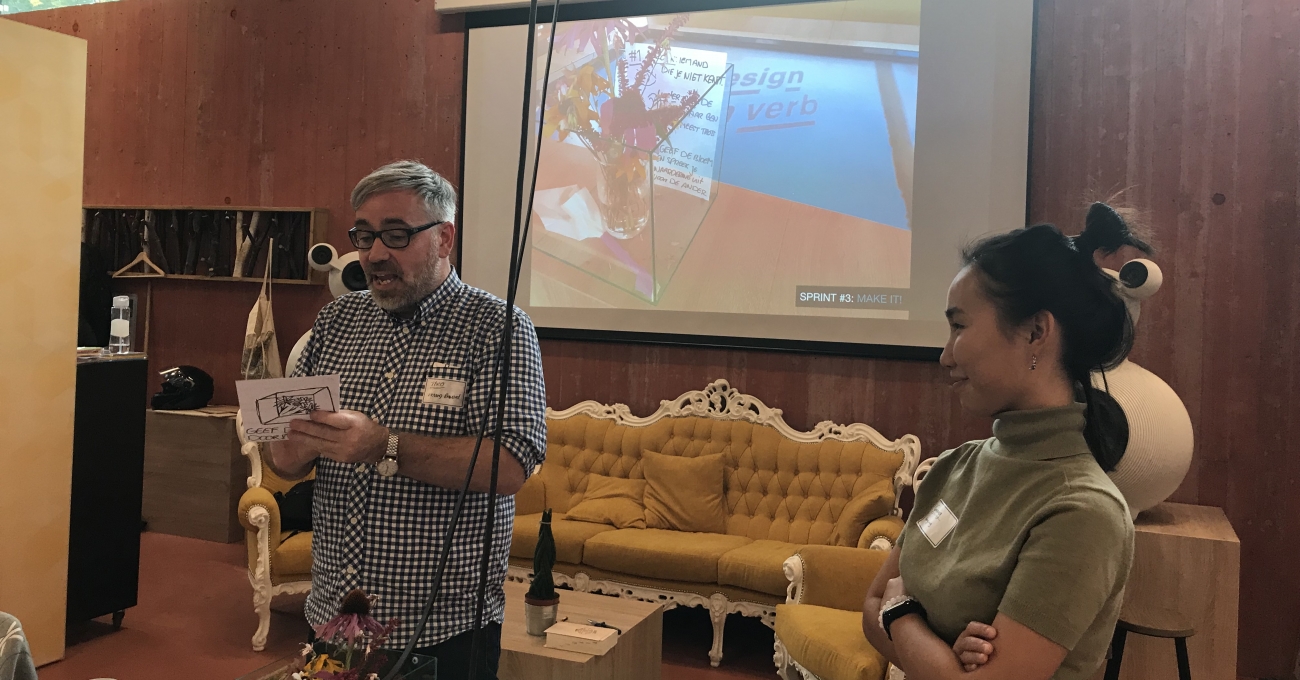 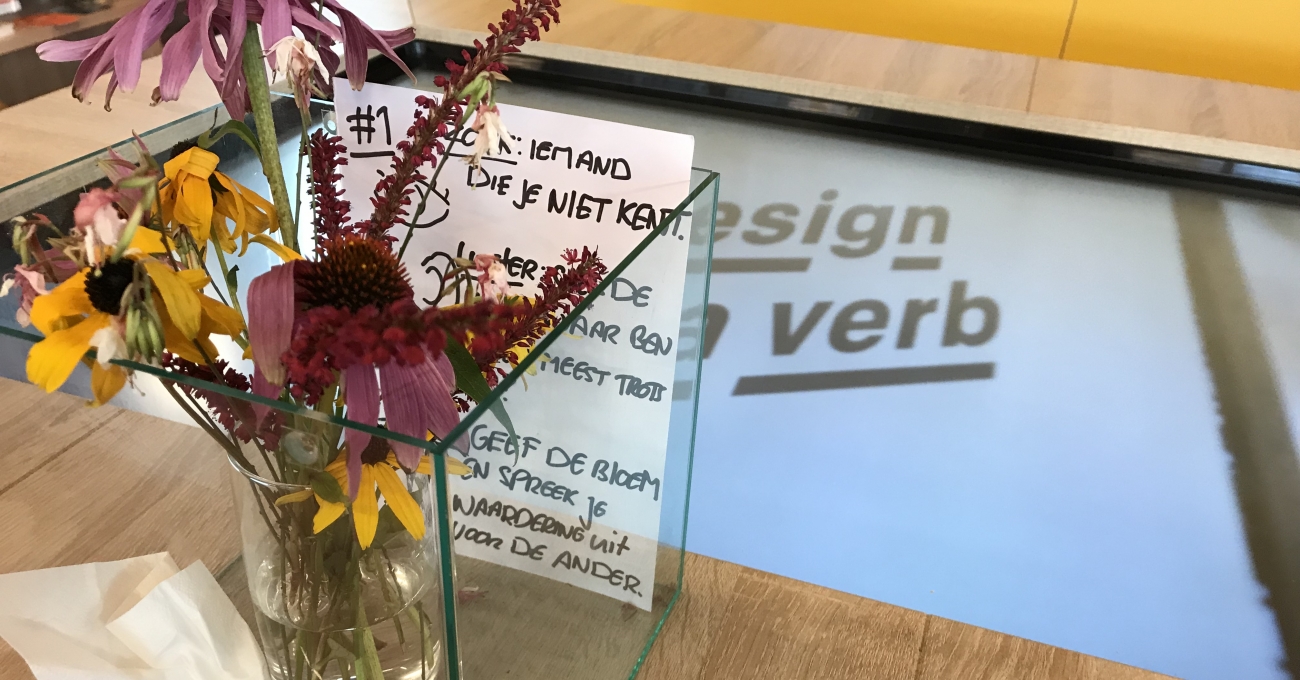 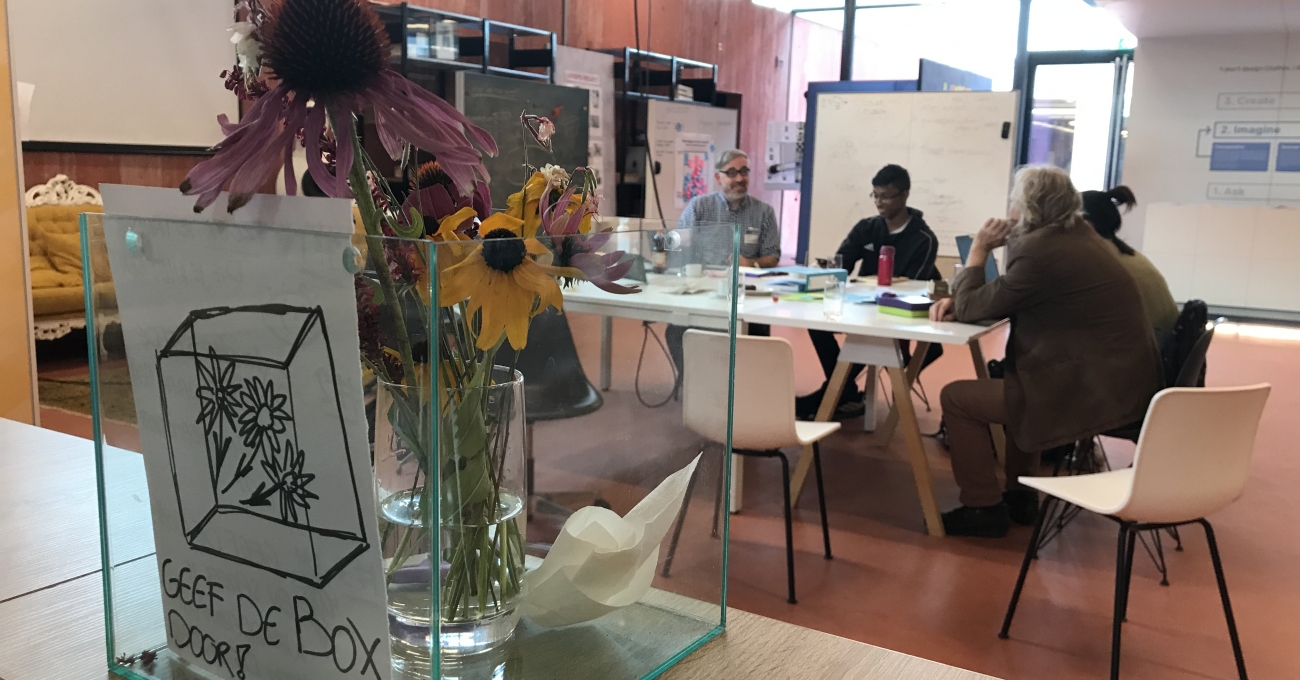 In our co-creation journey, we address challenges related to ageing and changing societies in the context of the South Limburg region in the Netherlands. But these challenges are not unique to our region. Ageing is a global phenomenon. According to UN DESA World Population Prospects 2019, by 2050, 1 in 6 people in the world will be over the age of 65, up from 1 in 11 in 2019. Both at EU en UN level, scientists are looking for alternative concepts and measures, to rethink what population ageing means in different contexts.

How can design and co-creation play a role in solving these challenges?

From 21-22 September, Cube hosted a Global Goals Jam together with Studio Hyperspace. The aim of this 2 day event – which was hosted in 90 cities all over the world – is to engage makers and designers to contribute to the Sustainable Development Goals. The Global Goals Jam has been founded in 2016 by the Digital Society School in Amsterdam, as a growing learning community around the SDGs. The basic idea behind this concept is that to address social challenges globally, we need to collaborate and learn from local ideas and solutions that are being developed across the globe.

This vision fits to the approach of SISCODE, where we experiment in local contexts, while aiming to learn from each other to make impact on a bigger scale throughout Europe. Focusing on and inspired by the SDGs, we rephrased our local challenge for this Weekend as follows:

How do we design for an inclusive, participatory and sustainable society?

The main themes included ageism, engagement and participation, asking questions like how do we approach age from a positive, non-stigmatizing perspective and how do we stimulate and facilitate citizens to co-create their communities’ future with policy makers and other stakeholders? The  core method that was used during this years’ Global Goals Jam is called Empathy in Action (part of the DSS Design method toolkit). Unlike in previous years, GGJ 2019 did not aim to design new solutions and put out more stuff into the world. Instead, the focus was on critical making, creating conversational objects to really empathise with a challenge and start new ways of collaborating. This year’s motto:

Fall in love with the problem, not your solution.

We loved this approach, because it helps you think about how to actually engage different types of stakeholders from the very beginning. If you want to co-create with different stakeholders, you need to somehow define common goals and challenges, even when you have no idea what kind of solution you may find. Twelve designers, students and critical thinkers from the region joined our local Jam, so we started off in three teams. Interestingly, although all three teams worked independently at first, they all came to similar conclusions regarding the main challenge that needs to be addressed: the lack of (meaningful) contacts between people. Each team designed quick prototypes and went out into the city centre of Kerkrade to test their prototypes in interaction with local citizens. We quickly learned that designing conversation pieces for strangers is not easy. But the most important learning was in the process of actually interacting with strangers itself. We tested concepts like ‘asking people for help’ and ‘give people compliments’, to start the conversation with local citizens about how we interact and engage with others.

Time was too short to actually make other people fall in love with the problem and build real collaborations. We definitely need to work on our prototypes. But we certainly got inspired by the idea of building prototypes to engage others, using boundary objects as conversation starters. And even if it doesn’t work, you learn so much more about other people by actually interacting with them, than all the knowledge that statistics can provide. After all, even though the challenges related to ageing are not unique to our local context, the consequences and impact of these challenges are highly context-dependent. 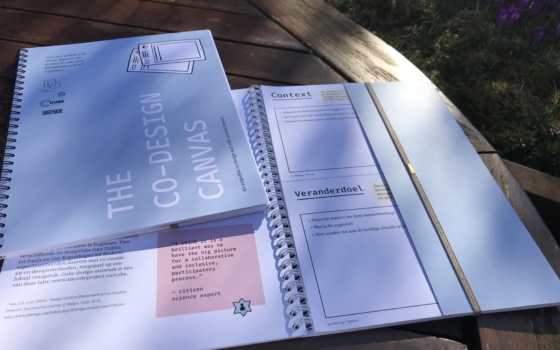 The outcome of Cube design lab’s co-creation journey is now available for download at the SISCODE website: an… 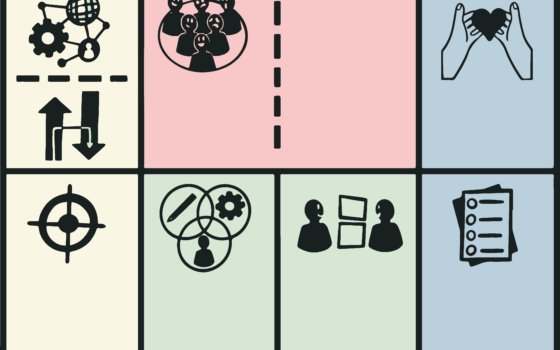 Cube’s co-design canvas: a one page tool for social change

Initiated and facilitated by empathic co-design expert Wina Smeenk, inspired by and based on the Design Choices Framework… 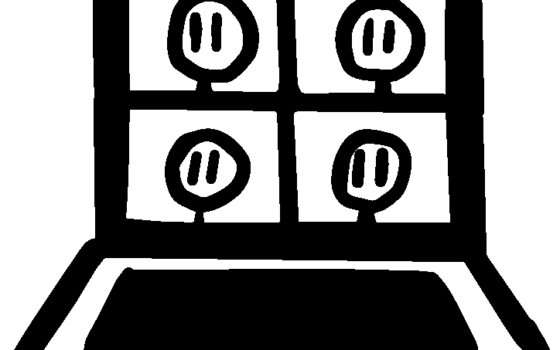 Co-creation at a distance 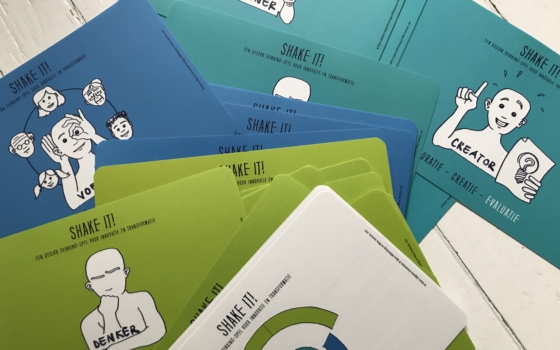 Shake it! Experimenting with empathic co-design

Quality of life involves both individual and societal values. It is a joint effort but based on highly… 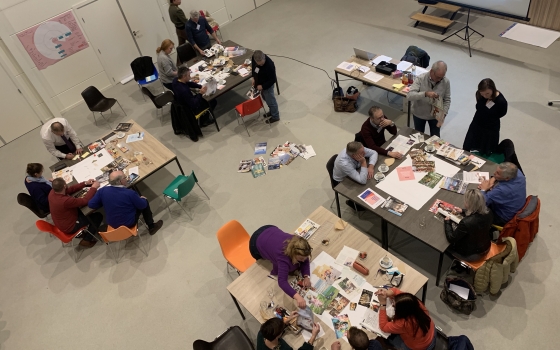 Before the end of 2019, we kicked-off the prototyping and experimentation phase of our co-creation journey with two… 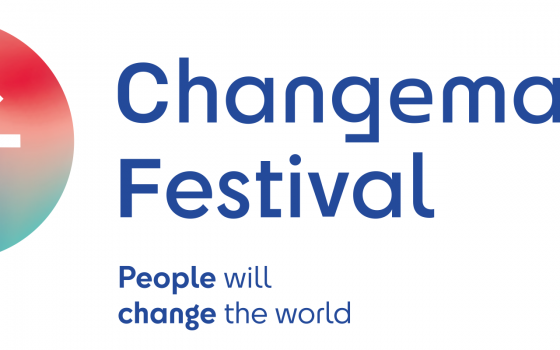 On the 12th and 13th October, we presented the SISCODE project and our co-creation journey to the general… 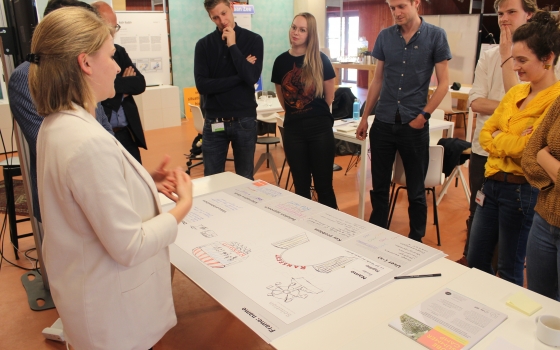 One of Cube design labs’ slogans is ‘Co-create for change!’. We believe in co-creation with multiple stakeholders to… 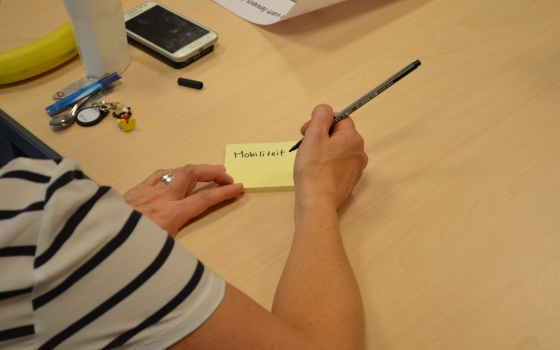 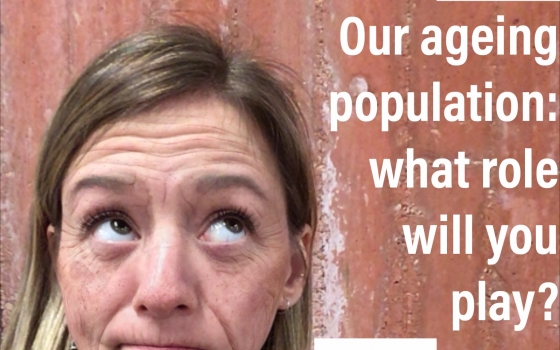 We are all ageing

Due to increasing welfare and a continuously rising life expectancy our population is ageing. This demographic change brings…