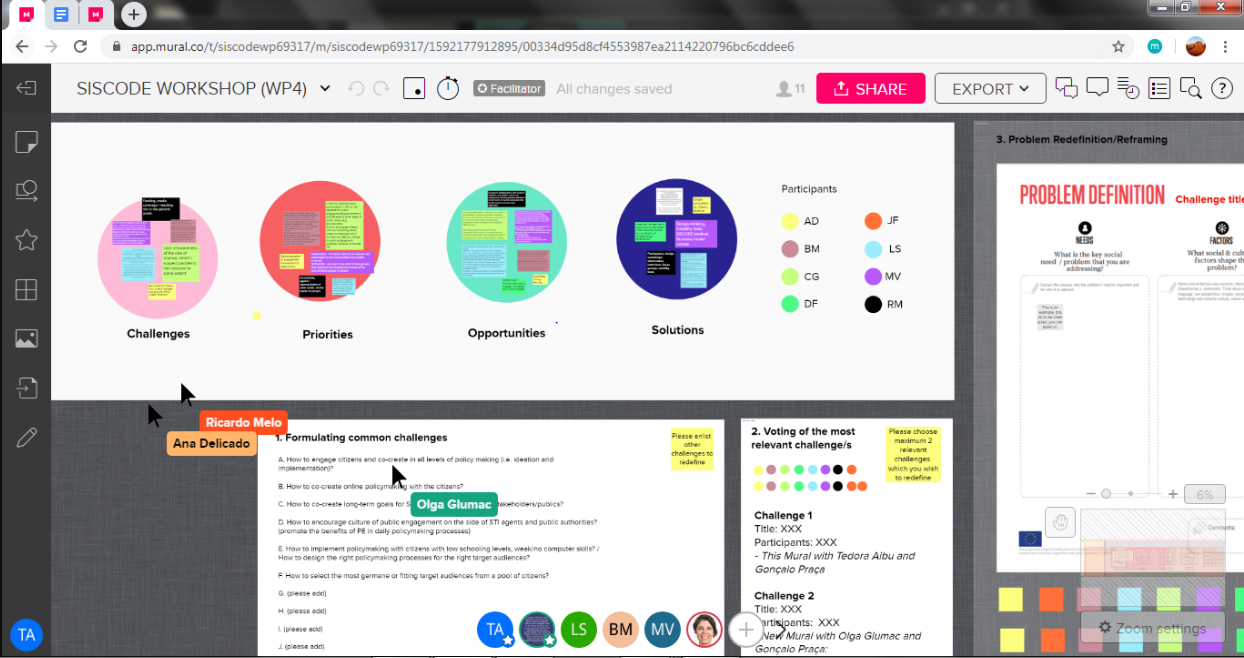 Co-Creation for the Public Engagement in the Science, Technology and Innovation practices and policymaking

On 16 June, Sociedade Portuguesa de Inovação (SPI) and Ciência Viva hosted a 2-hours digital workshop for the Portuguese policymakers on the Co-Creation for the Public Engagement in the Science, Technology and Innovation (STI) practice and policymaking.

The workshop aimed at assessing the ongoing local and national practices of Public Engagement in STI policymaking and providing support to development of peer guidance for the stronger Public Engagement promotion and practice, and possibly according to the SISCODE framework. In total, there were eight participants from private and public sectors, one observer and three co-facilitators.

Through interaction and exchange of knowledge and practice few joint and concrete common challenges were identified of which the former was chosen for the discussion:

The workshop also served to introduce the use of SISCODE framework and tools for operationalisation of the co-creation in practice and policymaking.

The workshop brought together well-informed national policymakers and decision-makers/influencers in STI to discuss the existing gaps for the involvement of public or citizens in the policymaking processes. The SISCODE organizer team encouraged continuous peer support and collaboration as well as guidance among the local participants in future ventures for Public Engagement in STI policymaking. The team thanks to all participants for their passion, contribution and joint follow-up actions.