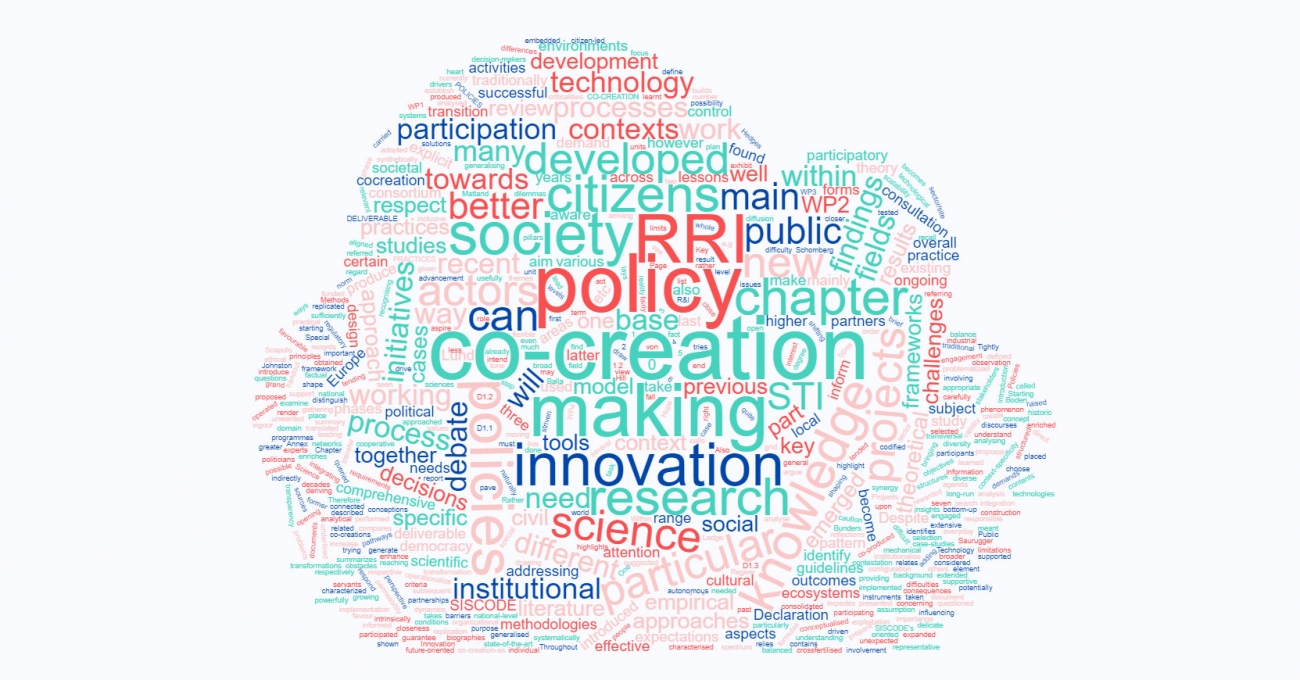 Exploring the intersection of RRI and co-creation

The SISCODE project was officially launched in May this year and much have been achieved so far. Here at the communication office, we have set in place the foundational tools for SISCODE communication and dissemination actions: developing a clear strategy, a clear visual identity, and the project online presence. In other parts of Europe, our colleagues have been setting SISCODE theoretical foundation with research on RRI, co-creation and the intersection of these practices in STI policy making.

At University College London, in the UK, Melanie Smallman and Trupti Patel looked into the place of co-creation in the RRI Research Landscape. In their final report, titled RRI Research Landscape (Deliverable 1.1) identified, recorded and compared previous and on-going EU (and national) framework initiatives and projects that have developed and tested relevant Responsible Research and Innovation approaches and methodologies. It provides insights on the state-of-the-art on how co-creation in RRI is currently conceptualised and introduced in different contexts.

Working in parallel, Politenico di Milano, in Italy, and the Danish Design Centre have been carried out two interrelated research activities to investigate co-creation in RRI practices and STI policies. The final report combines reviews of literature respectively dedicated to: i) a comparative analysis of co-creation in policy making at large, and in STI policy making in particular; ii) a comparative analysis of co-creation methodologies and tools that can be applied in RRI practices. The final Report, Co-Creation in RRI Practices and STI Policies (D1.2) provides a conceptual basis for the development of the SISCODE project, and a system of methods and tools for its experimental approach to co-creation.

In Germany, Christoph Kaletka, Jennifer Eckhardt and Daniel Krüger, from TU Dortmund University authored the report Theoretical Foundation for a Better Understanding Co-Creation in Contexts (D1.3). Building a framework for SISCODE next step: the analysis and comparison of cases, projects and initiatives of co-creation across Europe, the report details the cultural, institutional, societal and regulatory dimensions to be detected and compared to offer a comprehensive overview of how co-creation is taking place: the drivers and barriers, the gaps in terms of competences and tools to move co-creation into real implementation, and the characteristics of co-creation ecosystems.

These recently published reports are foundational documents in which the next steps od SISCODE project will be built upon.