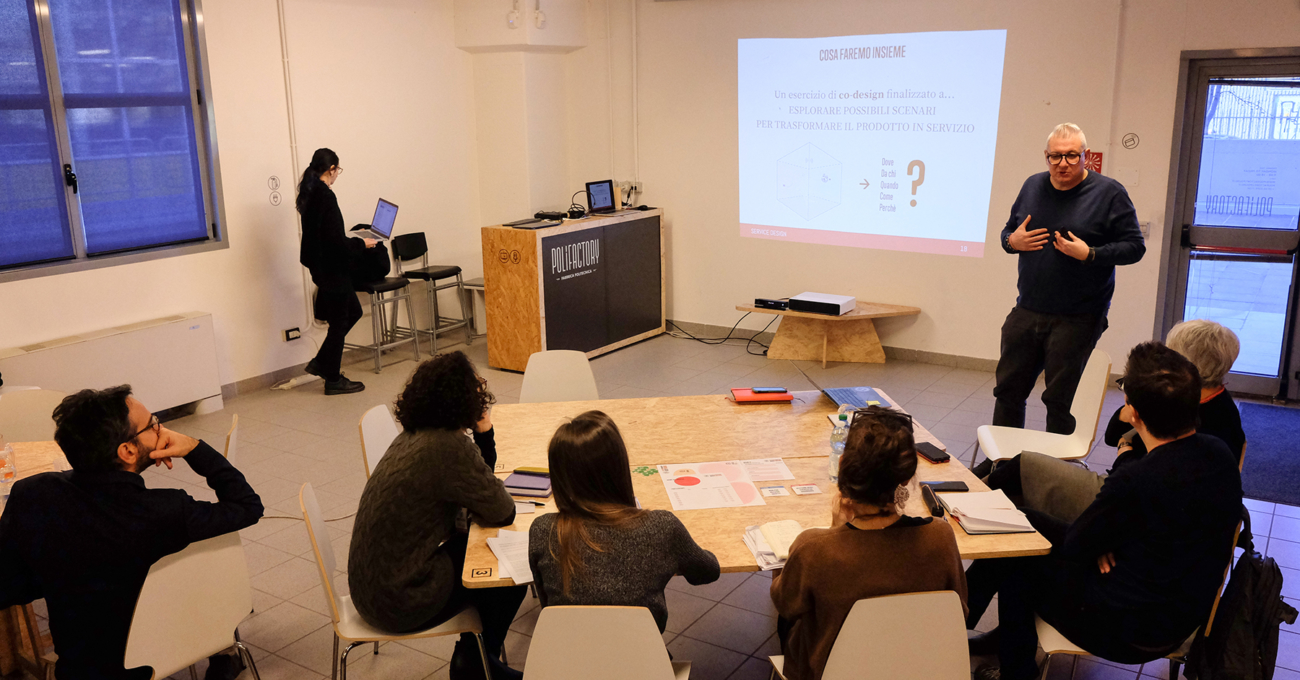 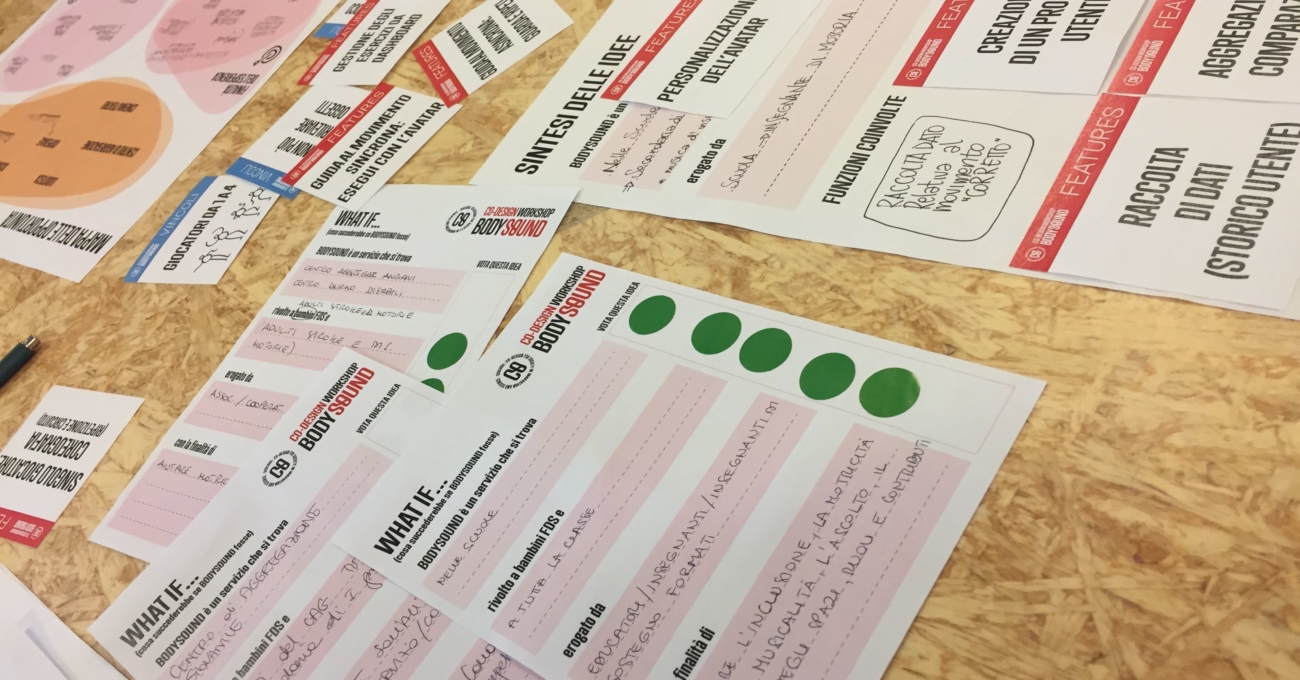 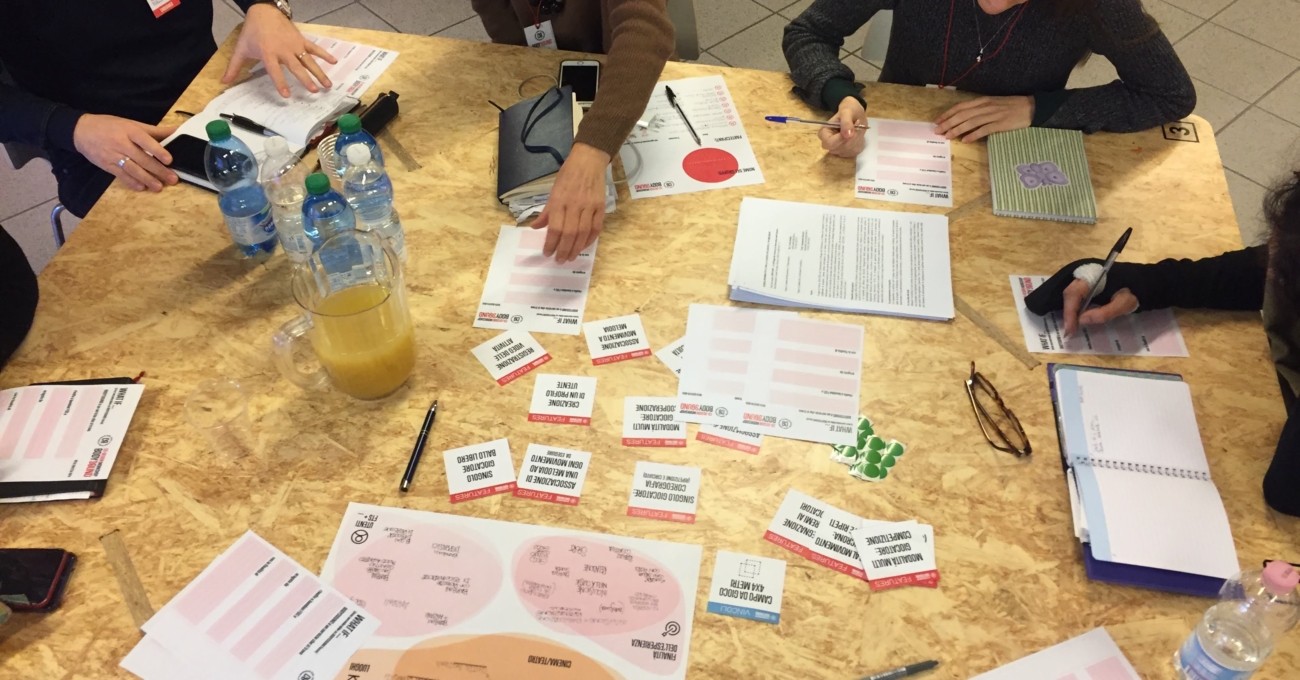 On January 22nd 2020, the service co-design workshop of the BODYSOUND pilot project took place at Polifactory.

The workshop involved 18 participants among policymakers, therapists, experts and families of FightTheStroke association in two co-design sessions aimed at better defining the service that will accompany the BODYSOUND software.

During the morning, after a brief presentation of the project and the demo of the system, the two working groups discussed using the tools developed by the Polifactory team: the map of opportunities invited them to think about different contexts, about different possible purposes of the experience and about the users who could be interested, besides children affected by cerebral palsy. Afterward, each participant was invited to generate some ideas starting from the opportunities that emerged, isolating a context, some categories of users, and trying to imagine the purposes of the service provided. 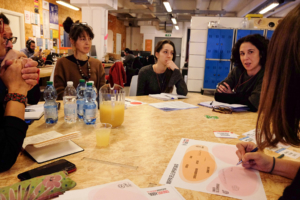 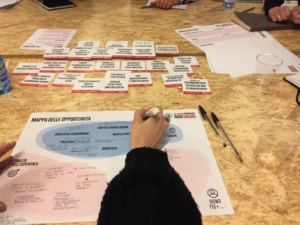 A plenary vote of the ideas was carried out and the two most voted were elaborated by the two workgroups, trying to hypothesize also by whom the service could be provided and which software functions would be used. The first idea was focused on a school environment, the second on a sports center environment.

In the afternoon, however, they went into the details of the two ideas of the service trying to imagine what would happen before, during and after the use of BODYSOUND.